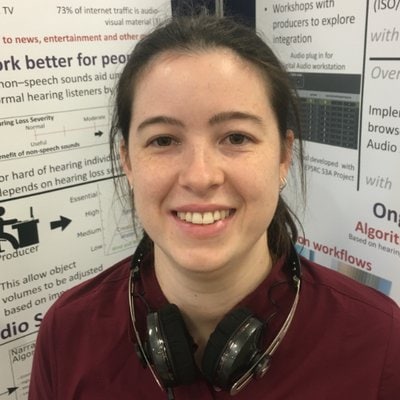 Lauren graduated from the University of Tasmania, Australia, with an Honours Degree in Telecommunications and Electronics Engineering (2014) and a Bachelor of Philosophy (2015), before pursuing a PhD at the University of Salford. This explored how broadcast accessibility can be improved through personalised object-based audio, for which she won the EPSRC Connected Nation Pioneer award for ‘Making digital technology work for people’. During her PhD, she worked with BBC R&D on Next Generation Audio for Accessibility, collaborating on a number of high-profile audience trials with BBC Studio’s ‘Casualty’. Prior to moving to the UK, Lauren worked with the CSIRO developing speech recognition technology for the assessment of speech disorders in children. She is a General Sir John Monsh Scholar.